On the 16th May 2019, a hundred and twenty of the UK’s top architects and designers competed in a 5K race in London’s Hyde Park. The event, ‘HD5K’ was conceived and organised by Hayes Davidson, and raised – for the second year in a row – over £60,000 for the Motor Neurone Disease Association. 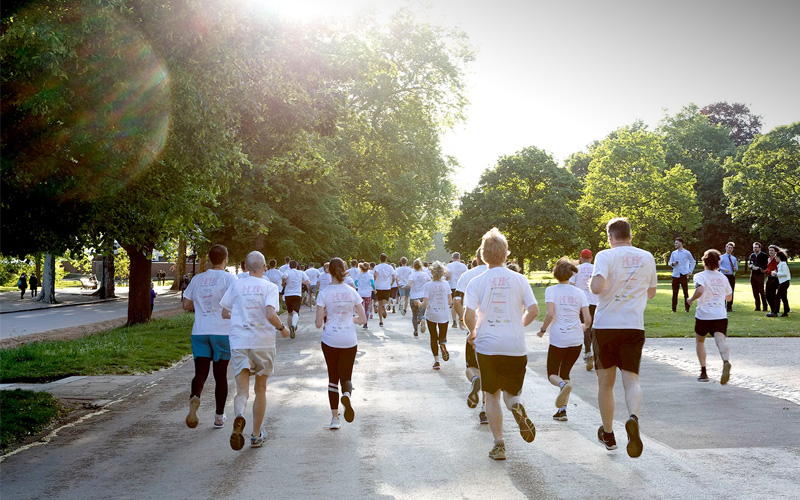 HD5K was sponsored by Ali Tomlin Ceramics, Dezeen, the Design Museum, Vitra and The World Architectural Festival (WAF), with prizes including complementary passes to WAF, memberships of the Design Museum, the “Hang It All” coat hanger by Vitra and Ali Tomlin vases. The event was supported by the Alan Davidson Foundation which match-funded all donations made.

Taylor Rogers from Hopkins Architects was first to cross the finish line, in 16 minutes 29 seconds. He was followed by last year’s winner, Giacomo Pelizzari from Takero Shimazaki Architects, in second, and Ciaran Garrick from Allies and Morrison in third. The fastest female was Cheryl Evans from AHMM, who completed the race in 20 minutes 10 seconds, followed by Hanna Martin-Merchant from AL_A and Koryn Steinbok from Chris Dyson Architects.

The fastest team prize was won by the Studio Egret West with an average time of 18 minutes and 34 seconds. The prize for the company who raised the most funds on Just Giving was awarded to Caro Communications.