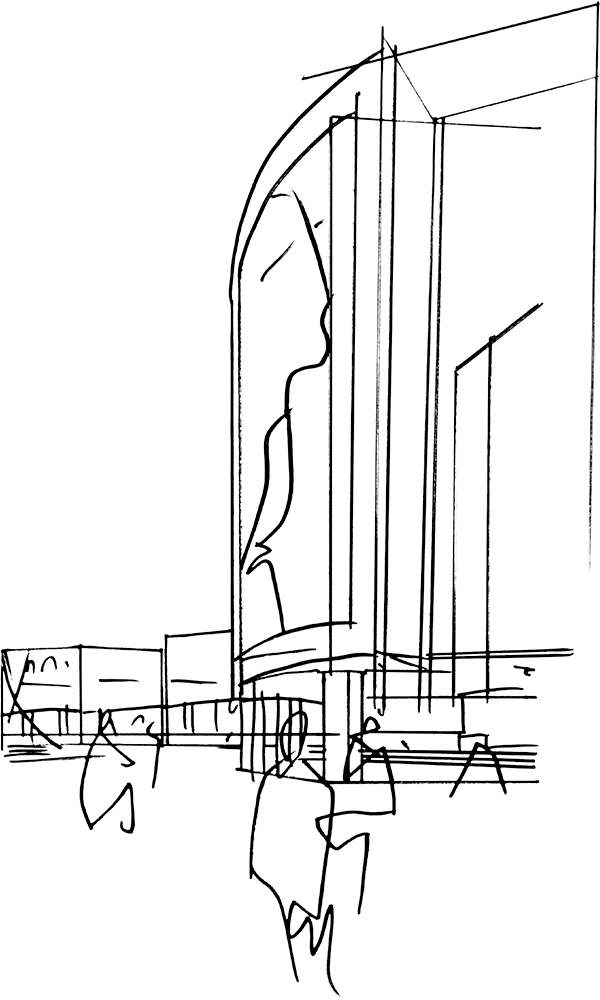 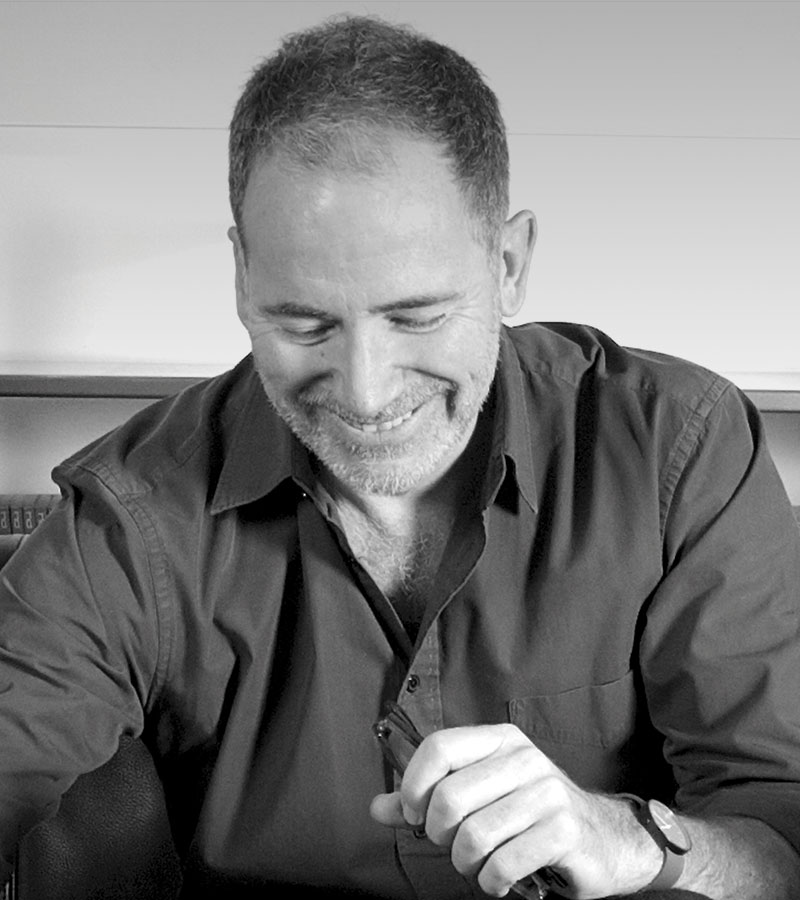 Alan Davidson was born on the 9th July 1960 to Anne Pretyman Davidson (née Hayes) (1922-2017) and Alexander (‘Sandy’) Munro Davidson (1927-1978). Anne trained as a nurse and midwife before working her way around the world in 1947/48, travelling by boat. She subsequently joined Airworks, a forerunner to BOAC. When she contracted dengue fever in Africa in 1958 she returned to London and on a trip to Aberdeen to recuperate with friends, she met lawyer, artist and County cricketer ‘Sandy’ Davidson. They married in London in 1959. Alan was born in 1960, his sister Jane in 1961.

Alan attended Robert Gordon’s College in Aberdeen (1965-1977). He was a keen sportsman (cricket, badminton, skiing), artist and musician. In June 1973 aged just 12, he saw David Bowie live as Ziggy Stardust at the Aberdeen Music Hall; the first of over 100 live rock concerts he would see in his teenage years. He developed a passion for rock guitar after watching ‘The Who Live at Charlton’ in 1974 on the BBC, and played lead guitar in bands throughout the 70s. He subsequently became an accomplished rock, blues and jazz guitarist. His father died in 1978 when he was age 17. Alan attended Edinburgh University from 1978 – 1984, first studying Fine Art and then Architecture.

In 1979 he purchased a Sharp MZ80k, one of the early consumer microcomputers, the start of a lifelong interest in technology and computing. He first worked in Suva, Fiji, for his architectural ‘in practice’ year in 1982 at ‘Architects Pacific’, a practice led by Stuart Huggett, who had invested heavily in the Apple Lisa and then in 1984 the Apple Macintosh. On completing his architecture degree Alan moved to London and worked as an architect and architectural illustrator, using the Macintosh and Harvard University’s ‘Schema’ beta software as a core part of his illustration process.

Typically illustrators worked alone with traditional materials (pen, ink, paint), but Alan foresaw the potential of larger and specialist illustration studios employing computers, and in 1989 he resigned his role as an architect and founded ‘Hayes Davidson’. Based in London, ‘HD’ was the UK’s first CGI-based architectural visualisation practice. He was subsequently joined by his cousin Bim Daser.

He was an avid reader of Marvin Minsky and Jaron Lanier, and Alan held a firm conviction that 3D modelling and rendering were not just an aid to artists, but more importantly were an inevitable and essential part of the base camp required to lead to a fully simulated re-creation of the world around us, as well as new worlds.

He strongly believed in the ethos that good collaborative visualisation helped good architecture come to life. Initially he collaborated with the ‘Richard Rogers Partnership’ (renamed RSHP in 2007) on major projects including Channel 4 and Terminal 5 at Heathrow. Other major architectural clients followed including Zaha Hadid, Norman Foster and Wilkinson Eyre. By 1995 HD had a team of 8 and was pioneering many different approaches to architectural CGI, including interactive illustrations, animations and touchscreen systems. HD won the CICA award for architectural illustration three years running.

In 1997 he purchased and refurbished a warehouse building in Paddington, previously used by the musician Peter Gabriel, and, working with Toh Shimazaki Architects he created the first purpose built studio for CGI-based architectural illustration. He was passionate about ongoing education for artists, and a dedicated facility in the building allowed for weekly seminars, which continue to this day. The team quickly grew to 25. The 5000 sqft studio with its 10 m high ceiling and 15 m wide projector screen remains a grand and impressive space for clients, and for parties. The inner hedonist in him meant the studio became renowned for its annual parties, a heady mix of cabaret acts and late night revelry. 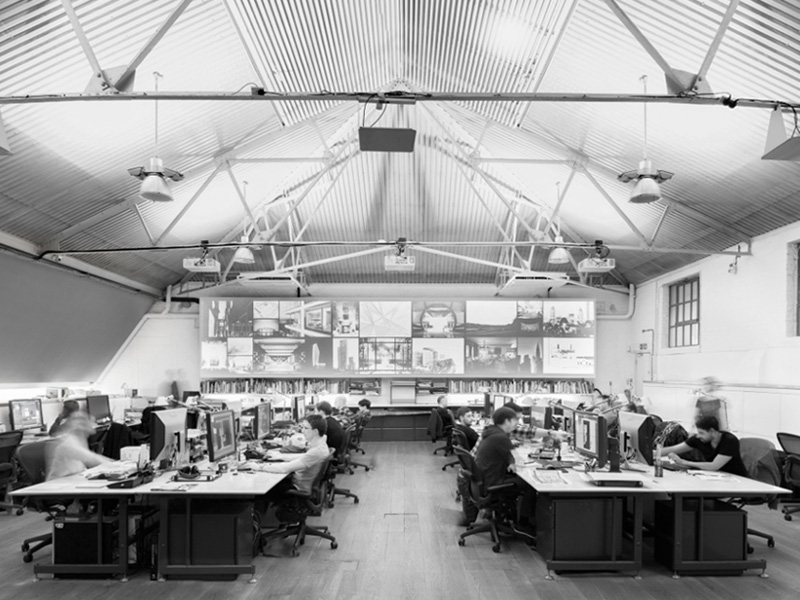 Visiting his practice in Paddington felt like home; a talented extended family that worked and played hard together; what parties! Alan could not only do, but also mentor, lead and entertain; always upbeat he was a true Renaissance man.

The studio was commissioned to illustrate many well known and iconic London buildings before they were built or extended, including the London Eye, the Tate Modern, the Millennium Dome (now the O2), the Royal Academy, the Royal Festival Hall and the British Museum. The RIBA collected works by the studio in 2002 for the RIBA drawings collection; some of these images are exhibited in the Architectural galleries of the V&A.

Journalists and clients would often ask about “Hayes”, but Alan liked to keep them guessing. He referred to him as “Bob Hayes” but he was always conspicuous by his absence. Bob Hayes even won a significant award. Alan finally stopped the cat and mouse game around 2002 when he revealed that Hayes was his middle name.

Recognised as experts in the visualisation of architecture and the built environment, the studio gained a reputation for collaborating with many of the world’s top architects and designers, including Kengo Kuma, Jean Nouvel and Thomas Heatherwick on projects located around the globe. Alan developed close friendships with many of his clients including Simon Smithson and Mike Davis of RSHP, Thomas Heatherwick and David Marks of Marks Barfield whilst collaborating on the London Eye.

Since 2000 the studio has continued to develop its CG based visualisation techniques and by 2015 had produced over 20,000 ‘virtual’ or CGI images since it was founded. It celebrated its 25th anniversary in 2014.

Alan was keen that the studio published its work; by the time of his death, 4 books had been published. In each book, he insisted on thanking all artists past and present as he believed it was collaborative effort which together had produced the work.

Alan was closely involved in all aspects of the studio; from art directing to designing online systems. He was a prolific worker, sometimes in the early days working continuously for days without sleep, and believed like Noel Coward that “work is more fun than fun”.

Ironically, and despite the success of the studio, in the eyes of many clients it was Alan’s ability to think and draw in 3D that was of greatest interest, and indeed fascination. Alan could look at a new set of drawings / blueprints, and within an hour sketch a whole number of ideas about the building in full 3D.

He was passionate about London and studied the physiology and psychology of seeing the city; leading to him appearing as an expert witness at public inquiries of major London developments. He rejected what he felt was the pseudo-science of the official London guidelines for the placement of large or tall buildings, instead proposing a human-centric approach based on an understanding of how we actually see, and notice, built form.

Alan was diagnosed with Motor Neurone Disease in 2012. He led the move to employee ownership in 2015, a highly successful transition, and the studio continues to flourish. The Studio operates under a distributed management system. After his diagnosis, Alan started to take a back seat role. The studio celebrates its 30th year in 2019 making it the longest running Architectural Visualisation studio in the UK, and further afield. 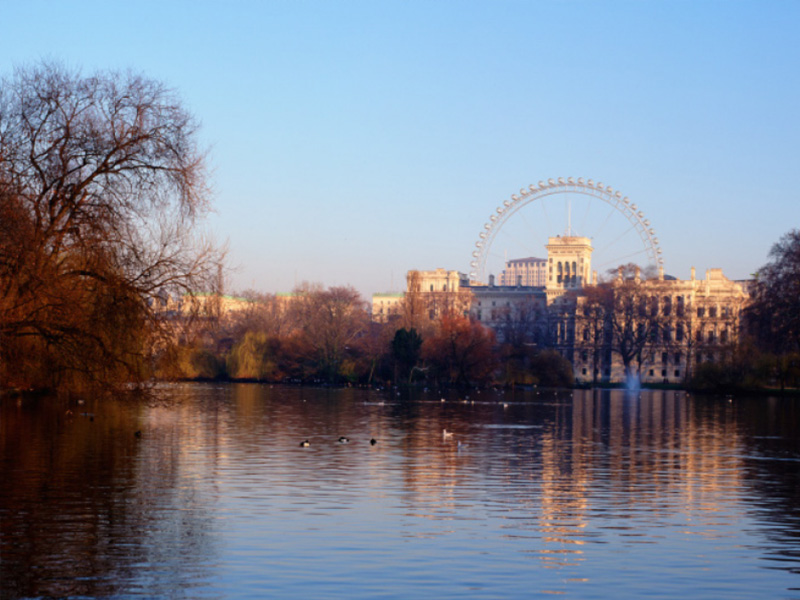 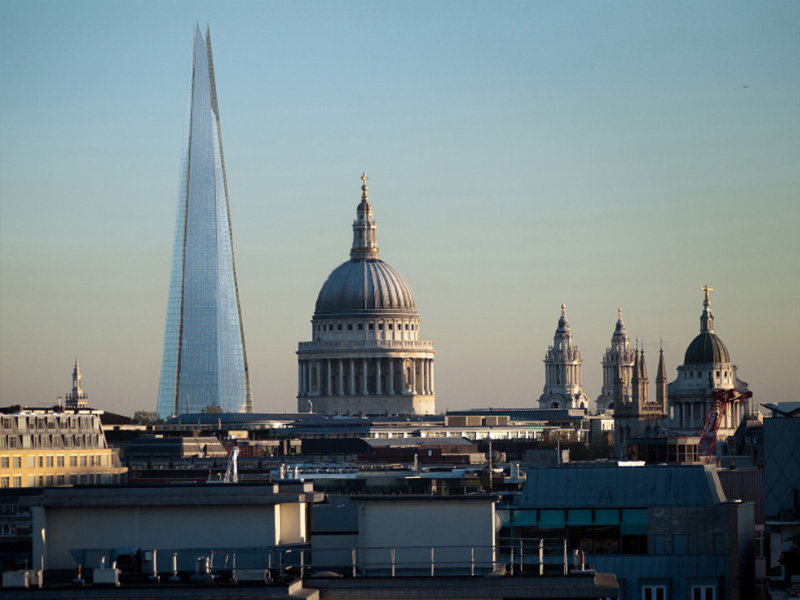 He was one of the most brilliant people I knew. His charm and his ambition, not to mention his love of gadgets, would have been a match for James Bond and he was described as an “envisioner of dreams” by his friend Thomas Heatherwick, the designer. Alan left the bulk of his estate to the Alan Davidson charitable foundation, working with MND causes and supporting arts and architectural illustration projects.

Alan held a deep love for his family, many of whom lived around the world. He was married to Elaine Scott Davidson (nee Cowell) in 2016 until his death. He was loved by many, and was proud of his family and his friends’ achievements. His kindness knew no bounds. He strived for perfection in life and in work and was respected by all for his integrity, his loyalty and his courage. He relied on a personal support team during his illness. The trustees of the charity and a number of close friends will continue to honour the great legacy that he has left through this foundation.

Apart from work Alan’s interests were broad including information graphics, jazz, mapping, art, travel, futurism, design and cosmology; he was a shy polymath. He was a director of trend analysis, renewable energy and communication companies. He travelled extensively, and had a wide circle of friends. He was a liberal, an atheist and disliked the principles of borders and the common myopia of national identity. He was a developer of small projects and commissioned a range of architecture from Jamie Fobert, Takero Shimazaki, Hugh Broughton and Amin Taha Architects.

His sense of adventure and appetite for challenge extended to extreme activities such as high altitude skiing, open sea swimming (including from Turkey to Greece), and bungee jumping; first over the Victoria Falls and then from the Hamburg television tower. Despite being diagnosed with MND in 2012, he continued to enjoy extreme sports including free fall parachuting and a zero-G flight in California in 2013. He signed up for the Virgin Galactic space programme in 2012, aiming to be in the first 1,000 humans to travel beyond earth’s atmosphere into space, but the programme was delayed after accidents during test flights.

MND (Motor Neurone Disease), known as ALS (Amyotrophic Lateral Sclerosis) in the States, is a cruel and incurable disease. A person’s lifetime risk of developing MND is 1 in 300, and it affects up to 5,000 adults in the UK at any one time. On average the disease kills a third of people within a year and more than half within 2 years of diagnosis. To live beyond 5 years is extremely rare. Curiously, many years earlier in the 90’s, Alan donated prize money won for the studio’s work to the Motor Neurone Disease Association, despite him not knowing anyone with the disease at the time. The amounts he would donate would increase significantly in 2015, 2016, 2017 and 2018.

Alan established the charitable foundation in 2015 and committed the majority of his estate to good causes through the Foundation. The Alan Davidson Foundation supports many causes including MND research and care for those with disabling neurological conditions. By the time of his death, he had donated over £1M to good causes. 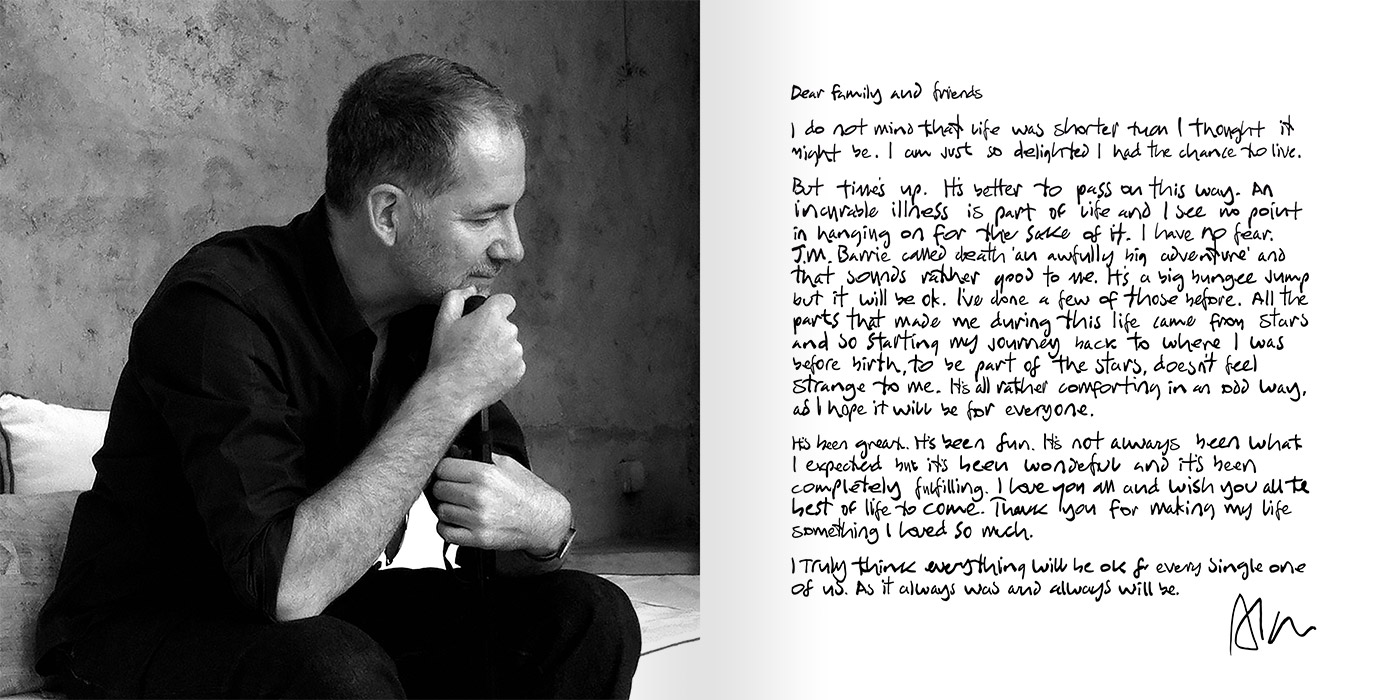